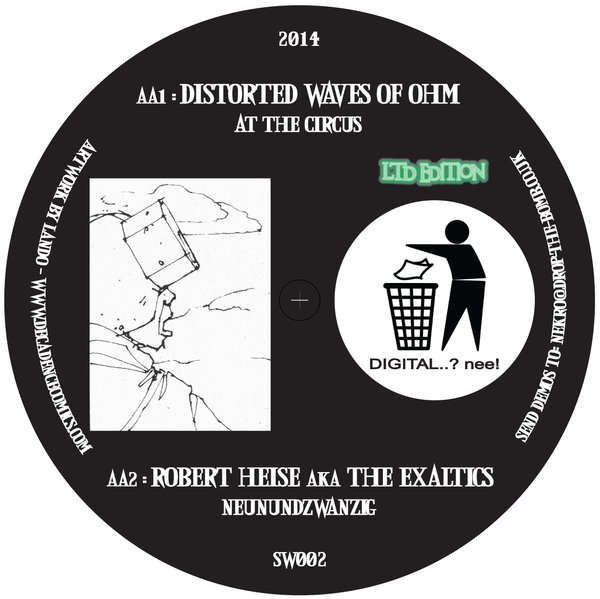 ARMED TO THE TEETH E.P.

For the first time since 1996 Brandon Spivey and Richie Anderson (A’Simetric, A.C.A.B., Agro, Collective Strength, EVO, Prole Synthesis, Wah Wah – Drop Bass Network / Epsilon / Kill Out) got together behind a 303, a bassbot, a sampler and a mixing desk in the summer of 2012.

The location was a renovated farmhouse in a remote French village.

The occasion was the recording of an, as yet unreleased, video documentary directed by Guy Marc Hinant and Dominique Lohlé titled « Rage » looking at the underground acid music and political scene of the nineties.

This was also in conjunction with the inclusion of the 1995 acid track « Escape From Gravity » by Agro being included on the compilation CD « An Anthology of Noise & Electronic Music #7 » released by the Belgian Sub Rosa label.

The film makers wanted to get footage of a live acid jam. They did.  The recording captures rawness reminiscent of earlier times in the ‘House of ACAB’ studio in Leeds.

Special Weapons have been given permission for a limited release of this track.

Brooklyn based MF Machinist follows up his recent debut solo release on Hazardous Voltages with this driving analogue collaboration with record collector and 303 junkie DJ Gylend.

Do not respond well to authority, hierarchy or sedentary consumption-based societies.

AA1: Distorted Waves of Ohm – At The Circus

Eurk! Did you ever hear such electronic stuff?

A recently uncovered DAT recording found in Broadstone, Dorset has been identified as the output from mid-90s (a-head-in) techno icon Distorted Waves of Ohm.

Could this be the start of some more electronic stuff?

Better known as for his output as The Exaltics, this German producer’s rugged hybrid of acid, electro and techno has appeared on established underground labels such as Bunker and Panzerkreuz.  Witschakowski has had a prolific start to 2014, releasing tracks through Clone, Cultivated Electronics and most recently the highly acclaimed Twelve EP on Shipwrec.

Evil and sinister, clear-cut analogue synth and crunched-up 808 and 303 driven acid bass create a twisted atmospheric journey that raises the flag and spreads the spheres of darkness.